Train tracks are laid so that trains go a certain way. At speed. Usually carrying large weights. You can sit at the local train station and watch trains with almost a hundred carriages all holding tonnes of coal each, heading for the ocean. A destination. An obvious purpose.
If a train could ever jump its tracks, everything would go wrong. It’s wheels warped, it’s axles mangled, it’s carriages broken, it would come to a quick halt, in a part of the world it wasn’t designed for.

Humans are like this. We were built with tracks, truths, paths, destinations, identities and unique specifics that we could travel at speed along until we reach the sweet “ocean” with our “coal”. But most of us never make it to the ocean. Most of us don’t even keep our coal. We lose it. Find ways to break out of our tracks under the guise of “freedom”. And whilst doing so we destroy our entire make up. The reason we exist.

If you have stopped. Get back on the tracks.
If you have lost your cargo, find it, or return to the mine to get some more.
Train tracks are the only place that trains find freedom. 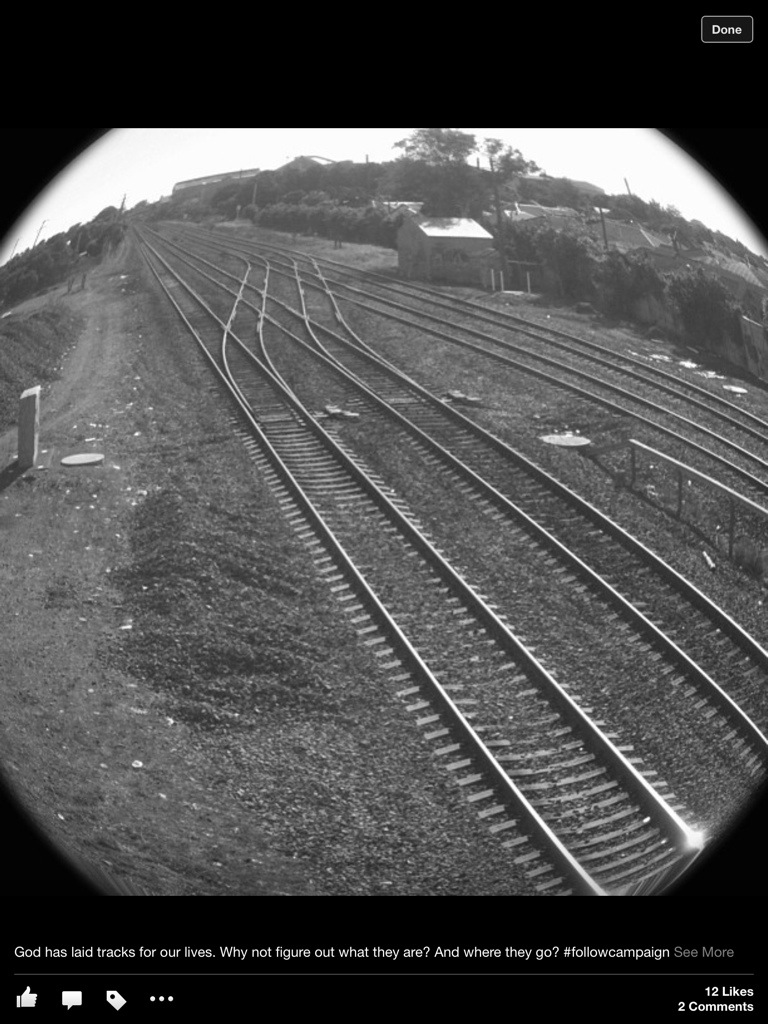 9 thoughts on “The train tracks.”